Xamarin and Dotfuscator: Do you believe in magic? 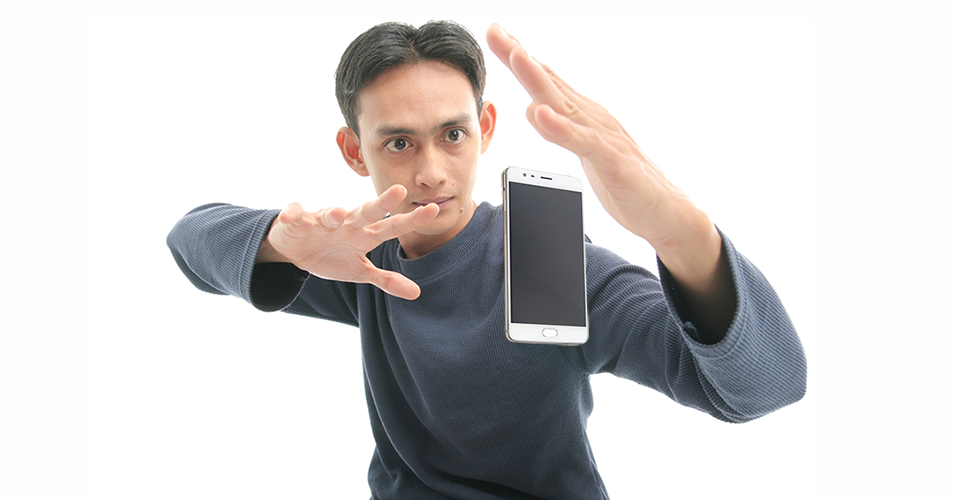 I am not a superstitious person and I don’t believe in magic, but even still – I have to confess that the way Xamarin spits out Android and iOS apps (along with all the other platforms) feels kind of magical to me. Of course, when something breaks, I am reminded all too quickly that there is no magic happening here – Xamarin has just encapsulated a lot of complex steps into a neat and tidy black box.

For me, and I bet I am not alone here, I am very happy to leave that black box alone – and I am also happy to ignore as much of the platform-specific details as I possibly can.

Unfortunately, when it comes to security, there are platform-specific issues that simply cannot be ignored.

For example, C# developers know all too well that .NET assemblies are easily reverse-engineered yielding code as complete as the original.

This is not unique to C# and .NET. Android apps are just as easily reverse-engineered (true for all of Java – not just for Android).

Fortunately, easy reverse engineering of Android is also common knowledge – as is the availability of a free obfuscator, ProGuard (which is kind of like Dotfuscator CE).

Unfortunately, ProGuard can’t obfuscate Xamarin.Android apps (it can shrink them though).

Fortunately, Dotfuscator CE (and Professional) CAN obfuscate both Xamarin.Android and Xamarin.iOS apps. In fact, there’s a nice Xamarin guest blog on this very subject here: Protecting Your Xamarin Apps with Dotfuscator.

Unfortunately, (but not surprisingly) the fidelity between the original source code and the code extracted from the Xamarin.Android app is striking and clearly demonstrates that, as with all managed code, executable == source. 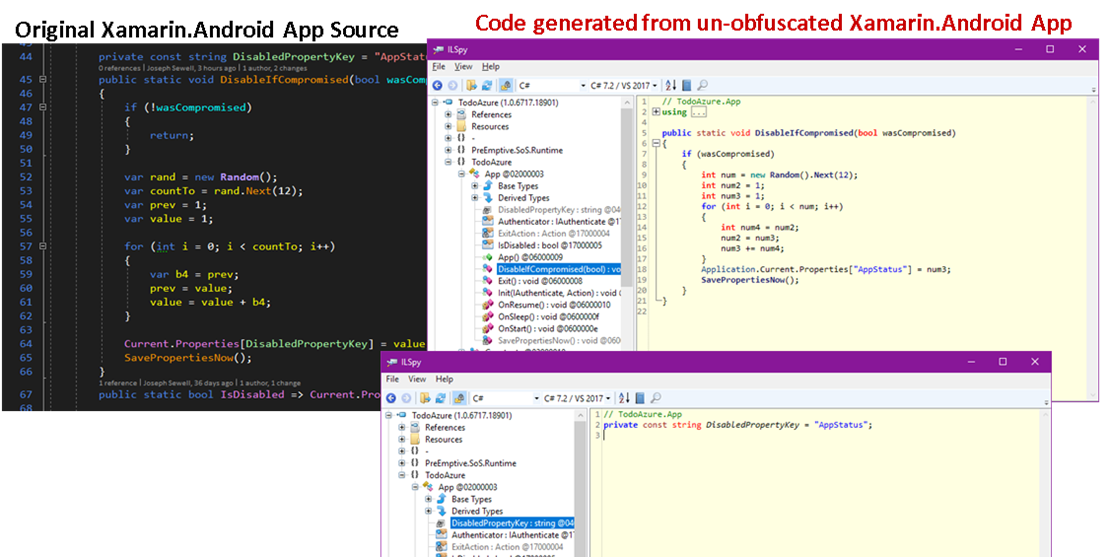 This particular code example was taken from the sample app used in the May MSDN Magazine article: Security - Detect and Respond to Rooted Android Devices from Xamarin Apps and highlights a second security issue that is unique to Android. In the Android world, preventing reverse engineering is often not enough to secure your app or its data. Increasingly, standards bodies, regulators, and lawmakers are recommending and in some cases even requiring that Android apps detect and defend against risks stemming from running apps on a rooted device.

Further complicating matters, there is no guaranteed way to detect if an Android device has been rooted. This makes coding rooted device detection controls non-trivial for a native Android developer – and for those of us relying on Xamarin Magic, it is quite likely just an SDK too far.

What is a Xamarin.Android app developer to do?

Fortunately, Dotfuscator can also inject rooted device detection logic as well as response logic at the same time as a Xamarin.Android app is being obfuscated. This frees the Xamarin developer from having to develop the Android skills to detect a rooted device and automates the implementation of the control itself.

Further, the logic of the control is further concealed from the potential attacker through Dotfuscator’s obfuscation – making it especially difficult to defeat the rooted device control.

Table 1: comparing the skill, effort, and auditability of rooted device controls between unprotected Xamarin.Android apps with those that have been processed by Dotfuscator. 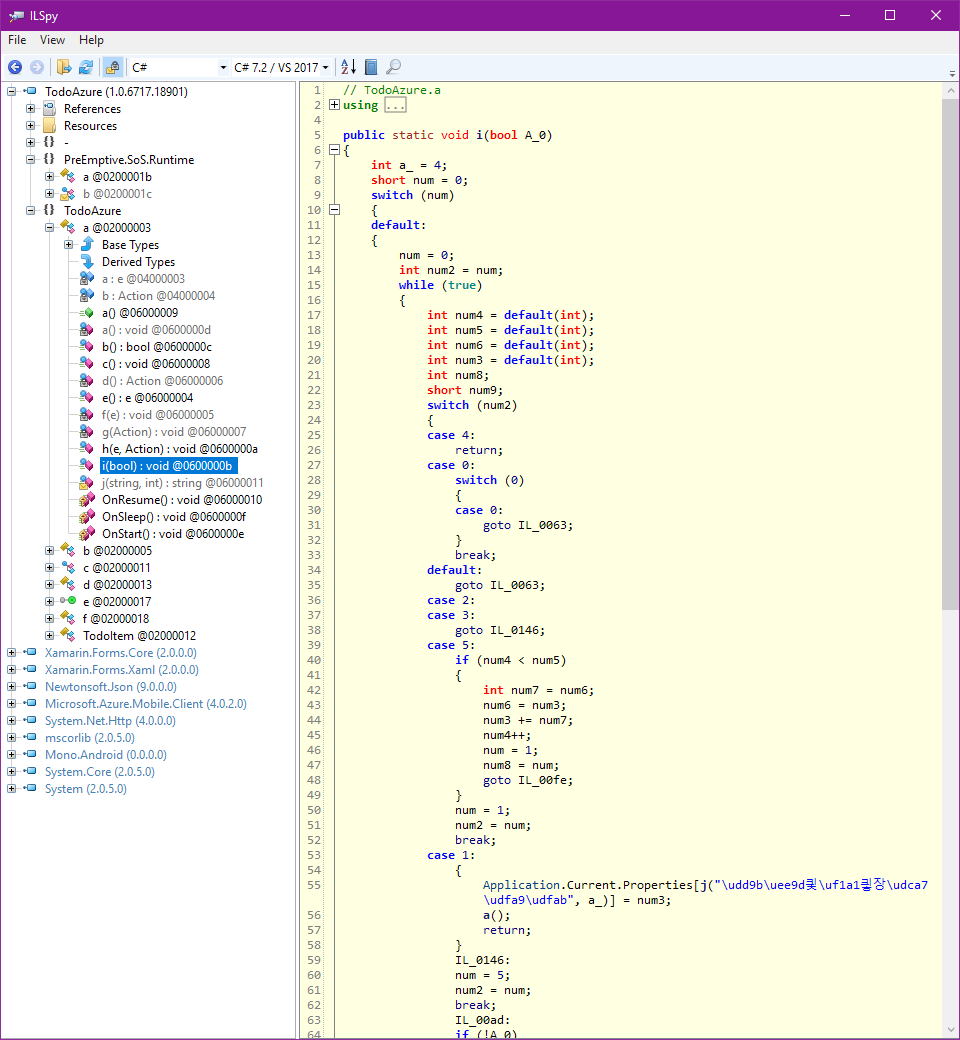 In addition to the automation and auditability of the rooted device control implementation, the results of the reverse-engineering process are significantly more difficult for an attacker to analyze and exploit.

A closer inspection of the reverse-engineered code shows:

The app as a whole is protected against reverse engineering securing the developers’ intellectual property as well as offering another line of defense against unauthorized use of an emulator or debugger with the injected rooted device control.

What is available with Dotfuscator Community Edition (CE)?

Unfortunately, control flow and string encryption are not included with Dotfuscator CE.

Fortunately, renaming and rooted device detection and response for Xamarin.Android are included.

Unfortunately, if you’re developing Xamarin.Android apps that handle PII, process payments, manage medical records or any of the other thousands of sensitive scenarios that may be subject to regulatory or statutory obligations, you will most likely have to address the risks stemming from rooted Android devices.

Fortunately, with the combined capabilities of Xamarin and Dotfuscator, this does not have to turn into a massive science project. You will have more time, energy, and resources to devote to building better apps and fantastic user experiences.