For the first time since its launch in 2003, Dotfuscator Community Edition (CE), the no cost obfuscator included with Visual Studio, can send anonymous usage data for analysis (only after opt-in of course). …and after one week and 500 users, the resulting application analytics is already proving its worth.

Before I share some of the insights, let me also point out that the instrumentation now inside Dotfuscator CE is the very same as what Dotfuscator CE has been able to inject into .NET apps for Visual Studio users since VS2010. In other words, you can use Dotfuscator CE to achieve these same kinds of results inside your own applications.

Opt-in: of course we collect no information without a user’s informed consent. Happily, 93% of all of our users opted-in (thank you Dotfuscator CE users!). Note, Dotfuscator can inject opt-in policy enforcement too.

Visual Studio SKUs: One important data point we were keen to know was the distribution of our users across the new Visual Studio 2015 SKU’s (Enterprise, Professional and Community Edition). One important historical note: Dotfuscator CE was never included in Visual Studio Express – only the paid SKU’s. For the first time, Dotfuscator CE is now available inside the new (free) Visual Studio CE SKU – and over half of our initial users are coming from this new community. Does this suggest that our total Dotfuscator CE community will double as Visual Studio users migrate to VS 2015? We sure hope so! …and how does this tie back to user registrations? You can bet that we will be tracking this closely. 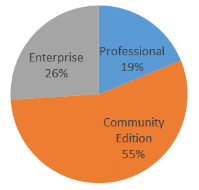 .NET Runtimes: We can infer quite a bit about the kinds of development our users are focused on by the .NET runtimes their apps target (not the .NET runtime installed with VS2015 which his 4.5 of course). While everyone is excited by the promise of modern development and universal apps, many development organizations’ current projects are still grounded in earlier .NET generations. Clearly, our application protection and analytics will need to support these runtimes for some time to come. 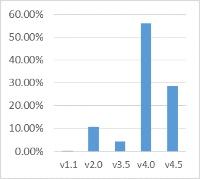 Equipment Manufacturers: In much the same vein, when looking at the underlying devices of these early VS2015 users, we see that they are mostly running on-prem (note, we are looking exclusively at VS2015 Dotfuscator CE users). While everyone is excited about Windows 10 and embracing Azure; early use is still mostly on-prem and, it is for this exact scenario, that our application protection and analytics support on-prem dev environments (and app deployments). 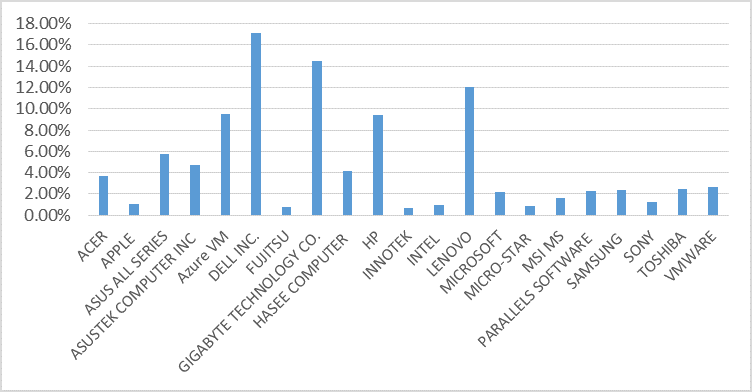