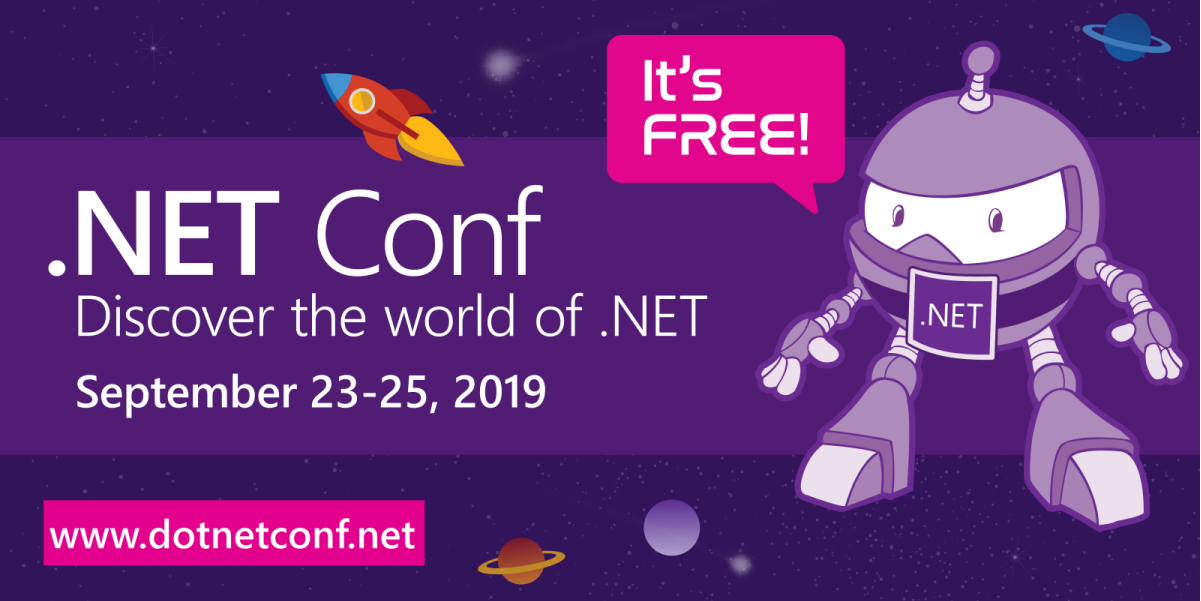 PreEmptive has partnered with Microsoft for 16 years and we’ve been involved with .NET since before version 1.0 shipped. From that perspective, it’s hard for us to pinpoint a time where the energy and enthusiasm in the .NET community has been higher than it is now. Over the past few years, Microsoft has put together the annual .NET Conf, completely online with viewers, participants, and local events all over the world. The event is virtual and streamed live over three days.

The big news at this year's .NET Conf was the launch of .NET Core 3, the next step in the continued evolution of .NET. .NET Core 3 is a huge effort, with many moving parts, and Microsoft announced many related releases to support it. Highlights for us included:

The .NET Conference Agenda was full of educational topics and product demos. Many of the presentations, including the keynotes, are found on Microsoft’s #dotnetconf YouTube page.

We also learned something about the .NET roadmap:

Changes to .NET and the .NET tooling always impact Dotfuscator, and we've been closely tracking the evolution of .NET with a series of releases over the past few years, including:

We've been looking forward to this major milestone in .NET Core, because we have begun porting Dotfuscator's build engine to .NET Core, in order to enable cross-platform support. Watch this space for related announcements in the near future!

We were lucky enough to have the opportunity to sponsor and participate in this year’s .NET Conf. You can watch the interview with our own Nathan Arthur here. We also had a lot of fun with the trivia questions and the treasure hunt! Thanks to Microsoft, the .NET Foundation, and all the other sponsors and individuals who worked hard to make this virtual event real.

Time = Money🤑The rush to ship apps quickly can overshadow the need to secure them. What does an investment in appli… https://t.co/KyJNG2Ztwp Jul 09 • reply • retweet • favorite