Published on September 15, 2022 by PreEmptive Team

The digital age has built bridges to new frontiers. However, these frontiers aren’t limited to the well-intentioned. Unfortunately, malicious online characters are common, and studies show that a new cyber attack is carried out every 39 seconds.

Such high cybercrime rates imply that keepers of online assets must find ways to protect those assets. In addition, coders face unique threats to their work, given that their products form the foundations of the digital world. Thankfully, there are ways to defend code from being accessed, reengineered, stolen, and abused.

Open-source code obfuscation is a security application technique that prevents all forms of hacking and tampering. It takes executed code/data and reorders it, rendering it unidentifiable to hackers and other third parties looking to cause trouble. The benefits of code obfuscation are numerous:

Although obfuscation has considerable upsides, many ask the question: does obfuscation affect performance? It’s a common defense tactic, but many claim that it harms source code performance and decide that the tradeoff between execution and security isn’t worth it.

It’s important to understand obfuscation, what it accomplishes, and its varying methods to engage in this debate with the necessary information. Only then should someone judge whether it’s the right decision for their digital assets.

What Is Code Obfuscation?

Code obfuscation is the process of encrypting and complicating lines of code, data, and communication loops. These measures cause hackers immense difficulty in interpreting and changing existing information. Ultimately, obfuscation stymies potential hackers, limiting their access and ability to steal and manipulate.

There’s a broad range of methods used to carry out code obfuscation. However, in essence, obfuscation is any method implemented to make source code harder to understand. Intense levels of encryption make it so hackers require more time and resources to figure out the code they’re trying to infiltrate.

Renaming is one of the most common and accessible forms of obfuscation. This method is used in Java, IOS, Android, and NET. Renaming code consists of disguising the variable and method names while retaining the fundamental execution. It’s useful because it directly alters the source code, leaving the program’s functions untouched.

Programmers can also insert “dummy code,” additional strings of false code that mean nothing and only exist to increase the difficulty of reverse engineering. Another method removes unnecessary and gratuitous lines of code and metadata, which improves performance and shrinks the availability of hackable material.

Obfuscation takes many forms, and another standard method is encrypting stored data that’s layered into the code. This form of security creates a barrier between hackers and the valuable data within the program and memory. Data obfuscation can involve aggregation and storage-based methods.

Then there’s string encryption, which entails encrypting legible strings of code. Then, each time a line of code is needed, it must be deciphered before becoming usable again.

In terms of implementation, data obfuscation is more intense than renaming methods. However, combining both practices leads to amplified security.

Plugging in additional control loops causes hackers to lose track of any sense of a program’s patterned intent. Furthermore, tinkering with the flow of the codebase — by entering dead-end statements, for example — leaves hackers struggling to find patterns. These statements create a labyrinth, making it especially challenging to reverse engineer a coding pattern.

Many consider control code obfuscation the most effective way to guard their program from hackers because it removes all logic from the code’s flow, confusing those looking to cause harm. 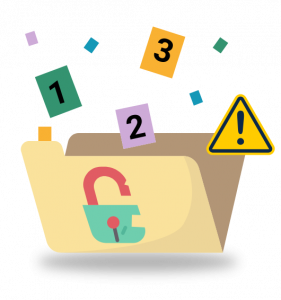 With the what, why, and how of obfuscation established, it’s time to examine the other side of the aisle: why do some cast a wary eye on the practice of obfuscation?

Renaming obfuscation rarely impacts code performance as it only deals with the semantic structure. As a result, the program function remains nearly identical after obfuscation. Any resulting performance drop-off from this method is minor, if not non-existent.

On the other hand, data and control flow obfuscation can sometimes cause a significant performance reduction depending on the intensity of the encryption. Baking additional safety layers into the data and code flow cause the application to take on extra work to execute its function. However, as opposed to renaming methods, data and control flow provide more comprehensive defense against hackers.

Nothing is guaranteed, and there’s never 100% certainty that obfuscation prevents hacking. Some hackers can overcome even high levels of obfuscation. Nevertheless, obfuscation should always be considered because without it, the results can be severe.

The rate at which hackers attempt to steal information makes preparation vital to maintaining online safety. If that’s not a good enough reason, up to $400 billion in capital is lost to online hackers every year.

Even though obfuscating code comes with some slight downsides, nothing compares to being left helpless as hackers infiltrate, ruin, and steal the hard work of entire companies.

Refusing to obfuscate significantly increases the chances of falling prey to such schemes, which can lead to unimaginable consequences depending on what was left unsecured. Such dangers all but necessitate analyzing programs for weaknesses and finding the right solution to protect sensitive data.

Forming a multi-layered obfuscation strategy is a great way to defend digital property from being stolen or attacked. Anyone looking for best-in-class code obfuscation needn’t look any further than PreEmptive’s vast offering of protective services. Visit PreEmptive’s product page for more information or to sign up for a free trial.

PreEmptive is a trusted global leader of protection tools for Desktop, Mobile, Cloud, and Internet of Things (IoT) applications. We help organizations make their applications more resistant and resilient to hacking and tampering — protecting intellectual property, sensitive data and revenue.