Obfuscation is much more than just renaming! Only a layered obfuscation approach can provide the protection you need. Review each section below to learn more.

Renaming alters the names of methods, variables, etc., making source code more difficult to understand. DashO uses a deeper form of obfuscation, patented by PreEmptive Solutions, called Overload Induction™. Instead of substituting one new name for each old name, Overload Induction renames as many methods as possible to the same name. After this deep obfuscation, the logic, while not destroyed, is beyond comprehension. The following simple example illustrates the power of the Overload Induction technique:

DashO employs advanced control flow obfuscation. In addition to adding code constructs, DashO works by destroying the code patterns that decompilers use to recreate source code. The end result is code that is semantically equivalent to the original but contains no clues as to how the code was originally written. Even if highly advanced decompilers are developed, their output will be guesswork.

DashO allows you to hide user strings that are present in your binaries. A common attacker technique is to locate critical code sections by looking for string references inside the binary. For example, if your application is time locked, it may display a message when the timeout expires. Attackers search for this message inside the disassembled or decompiled output and chances are when they find it, they will be very close to your sensitive time lock algorithm.

DashO addresses this problem by allowing you to encrypt strings in these sensitive parts of your application, providing an effective barrier against this type of attack.

DashO allows you to protect the resources included in your application’s APK. This makes it much harder for attackers to inspect, copy, or alter them. DashO encrypts these resources and injects code to decrypt them as the application runs.

Watermarking helps track unauthorized copies of your software back to the source by embedding data such as copyright information or unique identification numbers into an application without impacting its runtime behavior. DashO’s watermarking algorithm does not increase the size of your application, nor does it introduce extra metadata that could break your application. 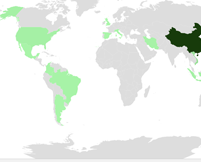 DashO injects code that verifies your application’s integrity at runtime. If it detects tampering, it can shut down the application, invoke random crashes (to disguise that the crash was the result of a tamper check), or perform any other custom action.

Checks are prebuilt validations DashO can inject into your Java and Android apps. Your apps will then be able to detect unauthorized use, like debugging or tampering. Despite the name, Checks do more than just detect these states; they can also react in pre-specified ways, such as by exiting the app. Checks can also call into application code, allowing for custom behavior based on the Check’s result. These reporting and response features are configurable per-Check, so all your apps can detect unauthorized uses in the same way, but each app can respond to that detection differently.

Rooted devices are an important security concern for your Android apps. DashO can detect when an app is running on a rooted device (offline or on a network) and users can abort the session, quarantine the app, and/or report the incident.

With DashO, you can tell your application to shut down or behave differently when it is run inside an emulator. This prevents attackers from probing the application's defenses under emulation.

Hackers use hooking frameworks to inspect and change the application at runtime, without modifying the binaries. DashO can detect the presence of hooking frameworks in the environment. The app can respond accordingly (e.g. by shutting down, throwing an exception or hanging, sending an alert, etc.). 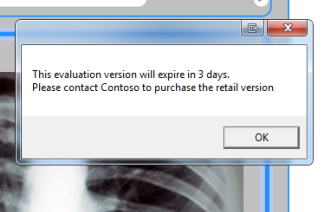 More information about the latest release

Have an App Worth Protecting? Try DashO Today!